How A Writer Sees the World… 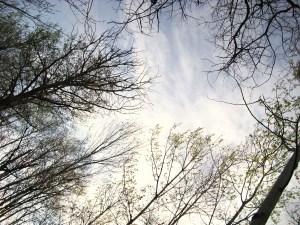 “Writer” is a new thing for me.

This label that’s attached itself to me.

Honestly – I never thought of myself that way until recently.

I thought everyone scribbled things down on paper, and felt words well up in them until they might burst, and saw life’s events through a lens of titles and paragraphs (or lines of poetry).

Doesn’t everyone do this?

I remember playing a game in my mind as a child.

I’d picture my hands on a typewriter (because that’s all there was in “those days”), fingers spelling out words as fast as I could.

I loved to write goofy poetry as a little girl.

Sometimes there were serious musings too.

It all started as poetry to me.

Maybe someday I’ll share a few of the treasures I kept from the younger years.

As I grew up the poems became focused on friendships and boys.

Writing assignments for school were given good grades.

I was asked to read some of the writings out loud.

This was before I grew to be self-conscious, quiet, and painfully shy.

I chosen to represent my school and read a short story at a literary guild for juniors, and I made it to the city-wide semi-finals in a public speaking contest, and the cherry on top – Grade 8 valedictorian.

By then they were starting to recognize my fears of people looking at me and being the centre of attention. They almost chose someone else because they thought no one would hear my voice from the platform. The solution of a microphone saved my spot on stage.

I was part happy/part scared out of my tree.

But it seemed to be easier to say yes back in the day.

And so I scribbled down what I hoped were words of wisdom, mixed in a little humour, and gave my speech one June night in 1987. I still have the speech tucked away in my memory box somewhere in the basement, along with my short story for the literary guild, and my cue-cards for the public speaking contest.

Life events that centred around words, cards from other life events, letters that travelled across the globe from my grandma in England, poems from my Joshua and scribbled words of love from my boys as they learned to write.

And no, not everyone does this.

I finally realized this truth a few years ago.

That’s when the label stuck.

It always meant something so grand and beyond my normal life – something like piles of books with your name on the front, and bookstore signings, and speaking around the world and…

Everyone watching you, and up on the stage in front of so many people, and what if there’s no microphone?

OK… well… I have a little secret I’ve been keeping to myself for quite some time now.

There may be another way that I use the words in my life.

I may just use them to hide sometimes.

I once wrote in an email, “When I speak I have no idea who’s talking. When I write I hear my voice.”

So true, so absolutely true.

But I’ve learned that sometimes people need an audible voice, a personal touch, a warm embrace, an eye-to-eye and face-to-face kind of connection rather than flipping through the pages of a book.

This is where it gets tricky for me and I doubt I have any of the right stuff for those situations.

There’s something else I’ve learned, though.

I need the audible voice, personal touch, warm embrace, and eye-to-eye/face-to-face kind of connection too.

And without that connection, the words shrivel up anyways.

Because I shrivel up.

This really is a hold-on-tight kind of year!

And it’s only February!

It’s time to be open to coming out from behind the words.

To say yes if God asks me to take my place out front.

Even if there’s no microphone.

We’ll see what it brings.